The ability to deliver a captivating presentation, whether at meetings, investor conferences or in a more personal one-on-one setting is challenging for most. Even those who are naturally gifted still need to practice to be their best.

END_OF_DOCUMENT_TOKEN_TO_BE_REPLACED 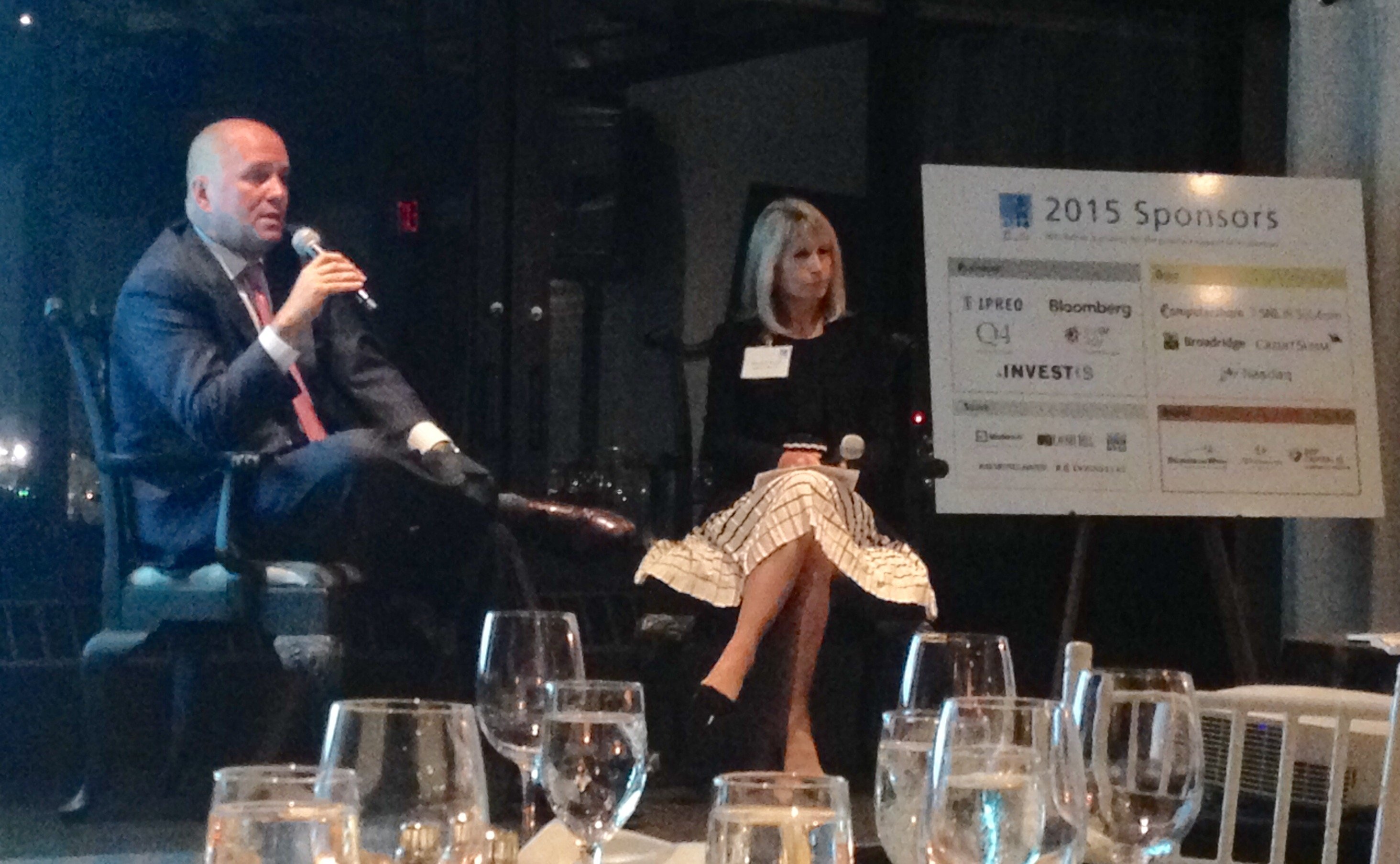 END_OF_DOCUMENT_TOKEN_TO_BE_REPLACED

“But social media for investor relations won’t work for my company!”

The use of social media is radically changing the way our society communicates – and the investment community is no exception. But many investor relations officers still refuse to use social media as an IR tool. I’ve heard any number of reasons why “social media for IR won’t work for my company.” Our business model is primarily B2B. The retail shareholder base is small. Our market cap is less than $500 million. My corporate counsel tends to be conservative regarding disclosure. Notwithstanding the huge volume of research that supports the use of social media in IR, I think it would be easier to land a lunch with Warren Buffett than to convince the typical IRO to set up a Twitter account.

I recently spent a whirlwind of a week focused on social media in investor relations. The NIRI Westchester Connecticut chapter invited me to serve on a panel discussion entitled, “Investor Relations and Twitter – To Do or Not to Do?” with Darrell Heaps, president & CEO at Q4 Websystems (@darrellheaps), Dan Dykens, co-president at Meet the Street (@meetthestreet), and Doug Chia, senior counsel & assistant corporate secretary at Johnson & Johnson (@dougchia). I was pleased to see that more than half the room had at least been on Twitter. Two questions seemed to preoccupy the audience: “what should we know about using Twitter,” and “how can we use it as part of an effective IR strategy?”

END_OF_DOCUMENT_TOKEN_TO_BE_REPLACED

Earlier this week I moderated a NIRI webinar with three senior-level investor relations officers representing the finance, real estate and retail industries. The panelists highlighted some new initiatives that IROs should consider in 2010 which, according to the Chinese calendar, is The Year of the Tiger. This just might have been the world’s only “Tiger”-related discussion in the past few weeks that had nothing to do with a certain golfer with a PR problem.

Within Chinese culture the number six is auspicious and considered good for business. So in keeping with this theme, here are six ideas that arose from the panel discussion that are worth considering as you develop your investor relations plan for the coming year.

END_OF_DOCUMENT_TOKEN_TO_BE_REPLACED

Crisis Communications: How to Best Prepare for those “Uh-Oh!” Moments

Recently, I served on a panel at the Publicity Club of New England’s “An Inside Look at Crisis Communications” program, along with other corporate and crisis communications veterans from the Boston area. We each shared some of our most memorable cases including events involving government funding cuts, infant product recalls, massive layoffs, insider trading, embezzlement, and my favorite of the evening – the potential euthanasia of all the animals at two state-run zoos.

While the cases ran the gamut of companies private and public, from small start-ups to large multinationals, in industries from consumer goods and high tech to pharmaceuticals and law firms, there were some consistent themes that arose from the discussion.

END_OF_DOCUMENT_TOKEN_TO_BE_REPLACED

Sharon Merrill Associates Executive Vice President David Calusdian and I recently presented on “The Dynamic World of Corporate Disclosure” at the National Investor Relations Institute’s (NIRI) “Introduction to Investor Relations” conference in Boston. NIRI holds this three-day event twice each year. Attendance typically numbers about 100 people and consists of new IR practitioners in various stages of their professional careers at companies of all sizes.

The fact that NIRI holds two such conferences each year is a testament to the growth of investor relations and the stature our field has achieved in corporations across America and the world. To be honest though, we were wondering how attendance would be affected by the recession. After all, the IPO market has not been a fertile breeding ground for new investor relations officers. And the lack of corporate growth in the past year and associated cutbacks has not lent itself to increasing IR budgets or staff.